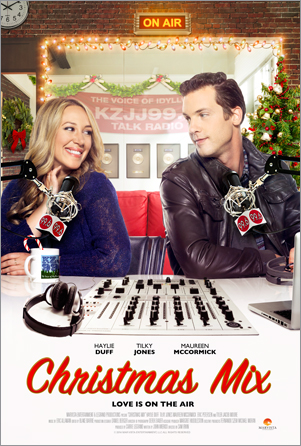 After infuriating advertisers with one of his trademark stunts, cynical Los Angeles radio personality Pepper Sterling gets exiled to the quaint and festive town of Idyllwild, Colorado for the holiday season. Forced to share airtime with his polar opposite, the smart, buttoned-down psychologist Sandy Love, Pepper finds that he has met his match. Soon, their on-air banter blossoms into true love and Pepper discovers that there really is such a thing as Christmas magic. But when Pepper is offered the chance to return home and resume his life as a radio celebrity, he'll have to decide what he truly wants out of life. and who he wants to spend it with.