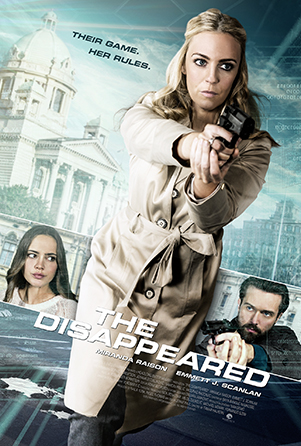 Cyber security expert Sara Woods has just touched down in Belgrade, Serbia. Under the guise of attending a conference for work, she is really there to check in on her daughter, Karissa, who has been studying abroad. Their happy reunion is cut short when Karissa and her classmate Lara seemingly disappear into thin air. Sara is certain that her daughter has been abducted. Utilizing a host of hacking skills and following the clues Karissa is leaving behind, she starts to uncover a major human trafficking ring. Even worse, it seems the local police force is in on it. With nobody to trust but herself, Sara uses every tool at her disposal to locate her daughter before she’s sold to the highest bidder and disappears forever.