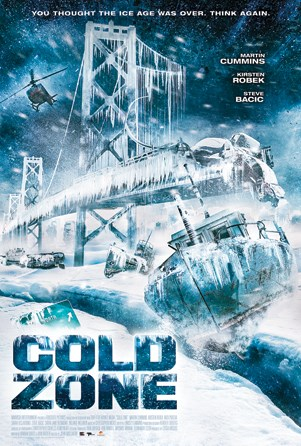 While vacationing in Alaska with his family, scientist Roger Summers begins investigating bird migrations and stumbles upon several flash-frozen animals in the woods. Confused, Roger confronts reclusive environmentalist Tim Hughes whose warnings of severe global freezing were rebuffed by the scientific community. Roger then convinces Tim to come out of retirement to study the phenomenon. Together, they realize that Tim's predictions are happening right now and a flash freezing storm is gaining strength and will soon cover the entire planet. With people freezing to death after being outside for only four minutes, it's up to Roger to save his family, the community, and the world. The clock is ticking and it's dead cold out there.