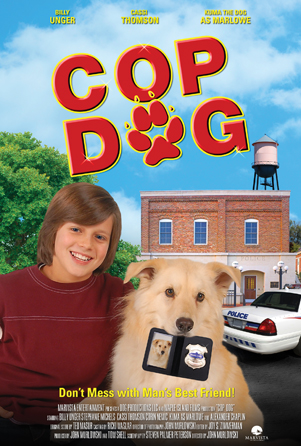 After his policeman father is killed in the line of duty, Robby strikes up a friendship with Marlowe, the loyal police dog that patrolled the streets with his dad. But when Marlowe chases two criminals into the street, he is hit by a car and killed. Later that night, Robby hears barking outside and realizes that Marlowe has come back as a ghost! The cop dog has unfinished business to take care of-he wants to helps Robby find the two crooks and solve the mystery behind the death of his father.