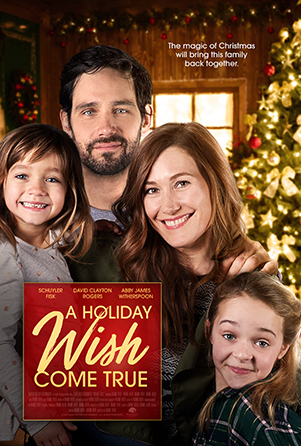 Recently separated parents Tracie (Schuyler Fisk) and Rick (David Clayton Rogers) have a functional routine: they each get to spend every other holiday with their young daughters Harper and Ava. But this Christmas, the girls put just one thing on their wish lists—to spend Christmas with both Mom and Dad at Tracie’s family farmhouse. It will prove to be a difficult trip for Tracie: she’ll have to listen as her siblings flaunt their perfect lives, and endure her mother’s mission to protect her daughter by pointing out all Rick’s faults and shortcomings. But at the end of the day, perhaps this Christmas gathering can help rekindle the lost romance between Tracie and Rick, and make their daughters’ greatest wish come true.