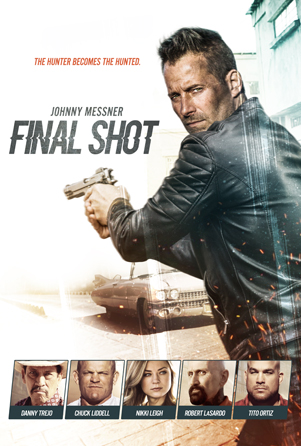 This action film stars Johnny Messner as a retired hitman, Frank, known as “The Silencer.” He wants to lead a normal life with his new girlfriend and her daughter but is unwillingly brought back into the game when a mafia mob boss wants him to avenge the death of his young daughter. To keep his loved ones alive, Frank must decide if he will make the kill or save his soul. A star-studded cast includes the legendary Danny Trejo and Chuck Liddell of UFC Fighter fame.