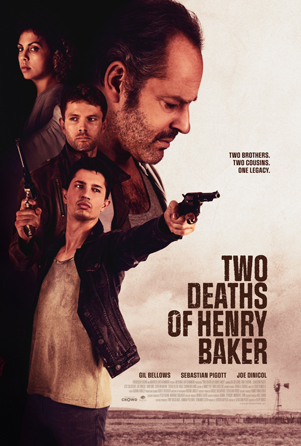 When Henry Baker (Gil Bellows) is released from prison after 25 years, he returns to find his past wrongdoings waiting to confront him. His son, Hank (Sebastian Pigott), who he entrusted to watch over his ill-gotten riches, now resents Henry for abandoning him and has worked to distance himself from his criminal father. His nephew, Sam Bird, Jr. (Joe Dinicol), wants revenge for his father’s supposed death at the hands of Henry and to take back the gold coins that are rightfully his. And Sheriff Ron (Tony Curran) is determined to finally put Henry Baker away for good. Culminating in an ultimate stand-off, a multi-generational vendetta results in the tragedy of many deaths and family woe.