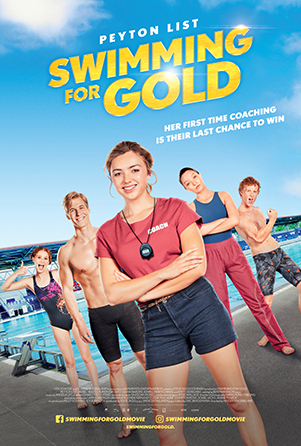 US women’s swim team Olympic hopeful, Claire (Peyton List), was at the top of her game before an injury forced her to sit the competition out. As a recruit, Claire’s forced by her dad to take a job helping coach the Australian men’s swim team over the summer. Not only is this an unwanted surprise to her, but also to the swim team, who thinks it’s a joke that an American girl thinks she has what it takes to whip them into shape. To make matters worse, Claire also has a hard time fitting in with her roommates in the girls’ dorms. As she learns to peel away her hardened layers from both her new girlfriends and her crush on the swim team, she faces her fears to realize she still has what it takes to compete again.