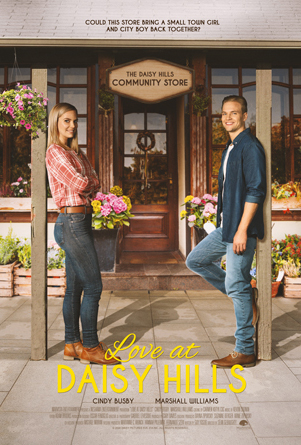 When Jo (Cindy Busby) realizes that her family’s general store in Daisy Hills (built by her late mother) is losing profit, her father Duke (Paul Essiembre) calls in a favor to help out the store. Unfortunately, Duke’s help is Jo’s ex-boyfriend, Blake (Marshall Williams), former Daisy Hills native-turned-New York business consultant. They argue over the approach to saving the store: Jo understands the personal touch needed for a small town while Blake focuses more on how to make a profit. Eventually, they reach a compromise and find themselves falling back in love. But when Duke suffers a heart attack, the store’s future comes into jeopardy forcing Jo and Blake to make a decision about their future too.