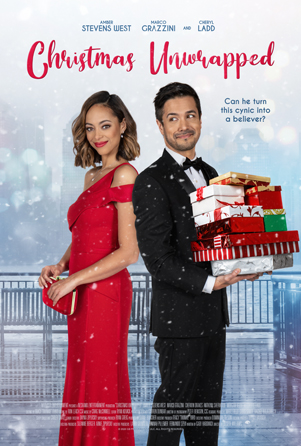 Cynical reporter Charity (Amber Stevens West) gets the opportunity of a lifetime when her boss, Janet (Cheryl Ladd) assigns her to profile Erik Gallagher (Marco Grazzini), a handsome bachelor who organizes millions of dollars to help the less fortunate every Christmas. Erik claims his charity is all funded by Santa Claus, so Charity’s assignment is to discover where the money really comes from—something other reporters have failed to find out. Knowing this assignment could make or break her career, Charity is initially frustrated that Erik and his associates reveal hardly any information about his mysterious source of funding. But as Charity spends more time with Erik, she begins to appreciate his unwavering conviction that anything is possible if you just believe. With her article’s deadline approaching, Charity discovers the real source of Erik’s funding and must decide whether or not exposing the truth is worth ruining her newfound belief in the magic of Christmas and love for Erik.