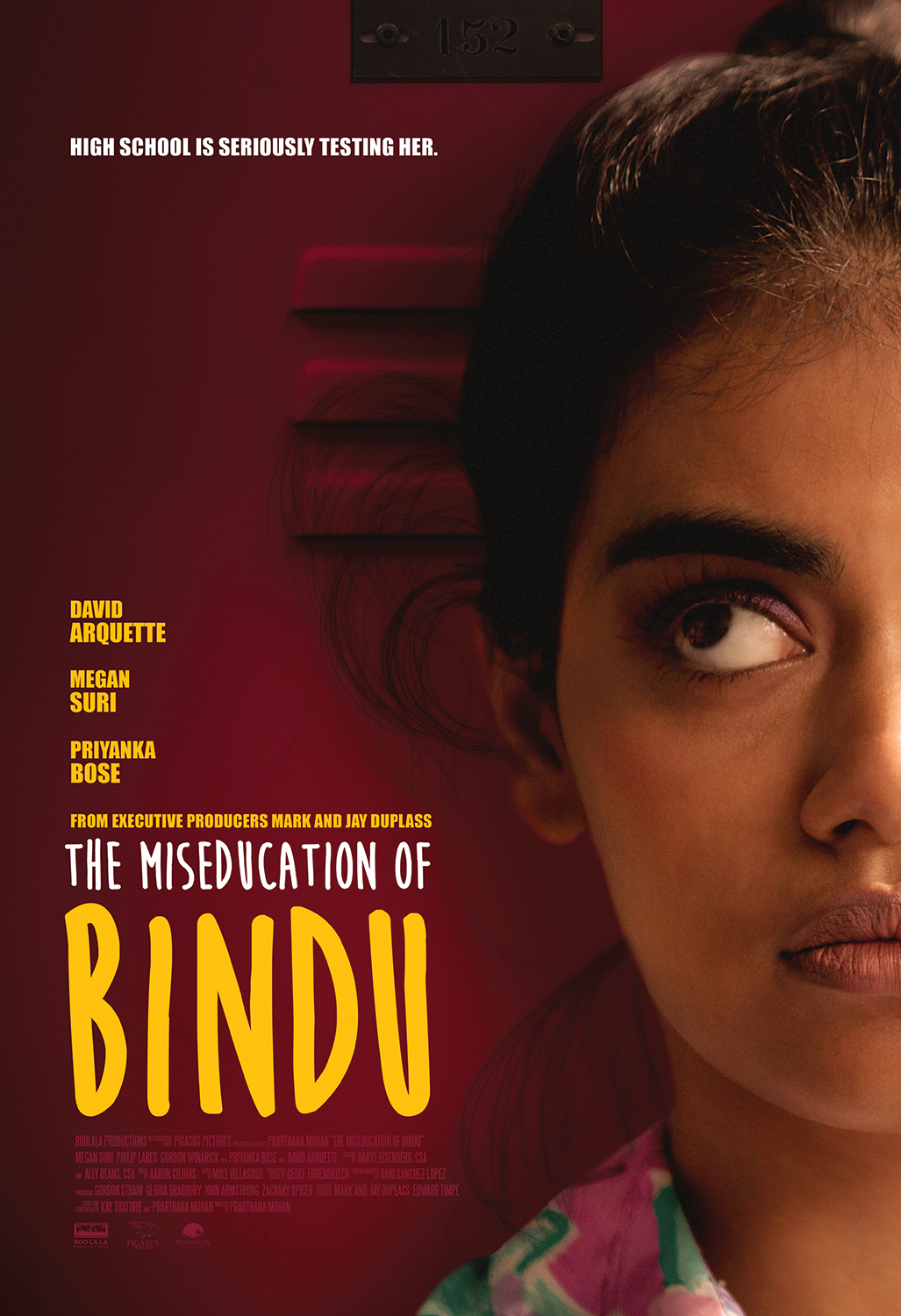 THE MISEDUCATION OF BINDU (95 min)

Indian teenager and former homeschool student, Bindu (Megan Suri), hates regular high school. Constantly bullied by Sam (Gordon Winarick), Bindu is desperate to leave school behind her. But her mom, Katsuri (Priyanka Bose), is determined to make Bindu assimilate into American culture by going to regular school. Bindu’s stepdad, Bill (David Arquette), encourages her to give herself time to adjust to her new surroundings, but Bindu refuses to. When Bindu learns there’s an exam during the last class period that will allow her to test out of high school, she forges her mom’s signature to sit for the test. The only problem is the exam costs money Bindu doesn’t have. Unwilling to give up on her one chance to leave school early, Bindu enlists the help of her classmate, Peter (Philip Labes), to help her get the money before the test. Hijinks ensue as Bindu exhausts all options to get the money. Will Bindu’s plan succeed? Or will she learn to embrace her life as an Indian-American teen?