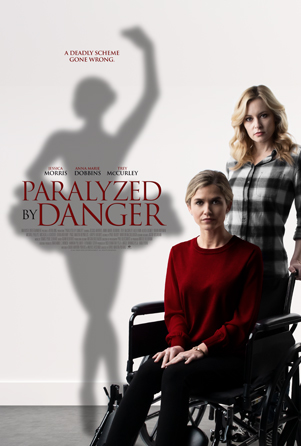 After tragically losing her son, Martha (Jessica Morris) starts drinking and spirals out of control, causing her to lose her nursing job and custody of her other child, Anna (Harper Holmes). For the past year, though, Martha has been turning her life around to gain shared custody of her daughter. The night before the custody hearing, Martha wakes up from a car crash with alcohol on her breath. She calls the police but flees the scene, not wanting to lose her child forever. Martha knows she hadn’t been drinking when she crashed her car, so she’s unsure how she ended up in a drunk driving accident. Feeling guilty, Martha tracks down Daphne (Anna Marie Dobbins), the other driver she hurt who is an accomplished ballerina but now paralyzed from the accident. Horrified by her supposed role in Daphne’s injury, Martha becomes her caretaker. But as Martha spends more time with Daphne and her husband, Henry (Trey McCurley), she begins to wonder if the car accident wasn’t an accident after all. Determined to figure out the truth, Martha must fight to prove her innocence and unravel this web of lies before it’s too late.