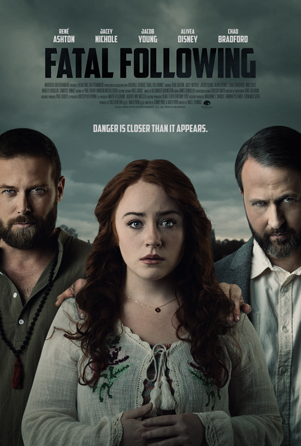 When Heather (René Ashton) discovers her teenage daughter, Ally (Jacey Nichole), is missing, she immediately goes to the police. Police find Ally’s belongings by a river near a small town a few hours away and presume she has drowned, but Heather refuses to accept their explanation. Determined to prove her daughter is alive, Heather begins going through Ally’s possessions and uncovers Ally’s odd friendship with a group of troubled teens at a nearby youth center led by a man named Bridger (Jacob Young). Heather leans on her trusted friend and minister, Jack (Chad Bradford), during this ordeal, and he does his best to help find Ally by questioning people in their community. As Heather struggles to find anything about this mysterious youth center, she finally catches a glimpse of Ally. At first elated to have found her daughter, Heather soon learns her daughter has joined a cult. Desperate to save Ally, Heather breaks into the youth center only to realize she’s the one who needs saving from a deadly cult.