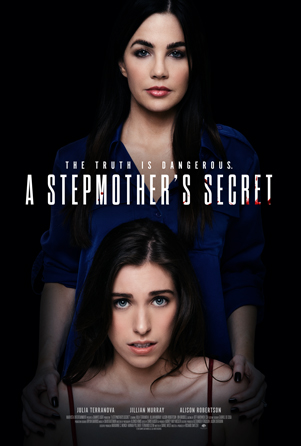 High school student Brianna (Julia Terranova) has gained a reputation for telling lies and creating trouble. Her parents, Annie (Alison Robertson) and Daniel (Jon Briddell), attribute their daughter’s behavior as her way of lashing out at them for their divorce, and for Daniel re-marrying so soon afterward. Unfortunately for Brianna, her bad reputation quickly catches up to her when she witnesses her new stepmom, Susanna (Jillian Murray), murder a man in a vacant parking lot. Without anyone to believe her, Brianna turns to her mom, begging her to believe Susanna is a murderer. Convinced, Annie must protect her daughter from Susanna before she can enact her devious plan to destroy Brianna’s family.