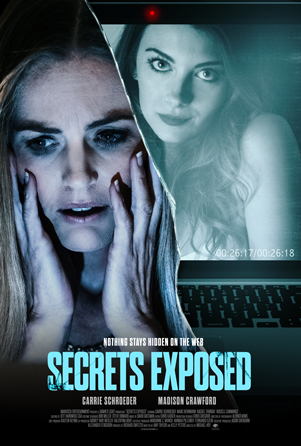 Single mom Joanna (Carrie Schroeder) is looking forward to surprising her daughter, Lizzie (Madison May Crawford), at college. But when she arrives on campus, Joanna is shocked to learn Lizzie is missing and uncovers a computer that reveals Lizzie has a second job as a cam girl. When Joanna discovers Lizzie’s co-worker has been killed in her apartment, she reports the murder and her daughter’s disappearance to police but is dismissed because the girls are lower priority as sex workers. Outraged, Joanna turns to Lizzie’s computer science professor, Trevor (Marc Herrmann), to help her unlock a folder on Lizzie’s computer in hopes of discovering her whereabouts. They learn Lizzie and the other cam girl had a mutual top subscriber named Paul (Russell Quinn Cummings), so Joanna confronts Paul, but he swears he has no idea what she’s talking about. Will Joanna be able to figure out what happened to her daughter before she loses her forever?