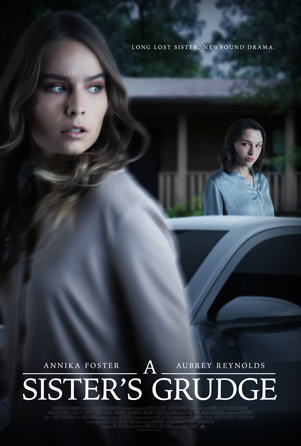 Lindsey (Annika Foster) is content with her quaint life managing the finances at the restaurant owned by her parents, Jim (Patrick Finerty) and Annie. One day, Lindsey’s mother Annie is killed in a hit-and-run incident during one of her early-morning runs. The day of her mother’s funeral, Lindsey is unnerved by the appearance of a mysterious stranger named Sara (Aubrey Reynolds) and accuses her of being a gawker not realizing she’s Jim's daughter from a previous relationship. The discovery unsettles Lindsey, but with the support of her co-worker and boyfriend, Gavin (Jonathan Stoddard), decides to embrace Sara as her half-sister. As the weeks go by, Lindsey can't shake the feeling that something is off with Sara. Tensions boil over when Lindsey discovers shocking evidence that Sara could be responsible for Annie’s death. With Sara so entwined with their lives now, it's up to Lindsey to figure out what Sara's game plan is and save her only remaining family from her wrath.