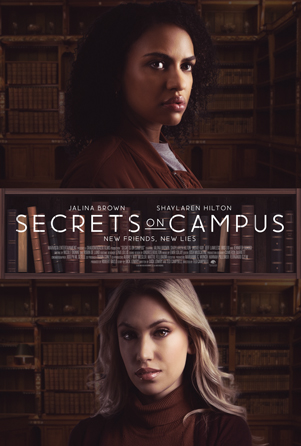 Zoey (Jalina Brown) is devastated when she learns her best friend, Lauren (Cami Storm), has been found dead of an apparent heart attack. Wanting to keep Lauren’s memory alive, her mother, Mrs. Price (Jennifer Dorogi), offers to place Zoey at the same college Lauren attended, plus cover her tuition. Shocked and grateful, Zoey accepts her offer. When she arrives on campus, Zoey meets Lauren’s former roommate, Ming (Iris Liu), who immediately gives her the cold shoulder. But when Zoey meets Samantha (Shaylaren Hilton) and David (Jackie Kay), she’s invited to join “The Select,” an elite campus club they’re a part of. Checking in on Zoey, Mrs. Price reveals her suspicions that The Select killed Lauren and asks Zoey to investigate them. Unwilling to believe her new friends are capable of such a thing but knowing she owes Mrs. Price, Zoey reluctantly agrees to look into The Select. Ming then informs Zoey that Lauren was writing an exposé on The Select, and her heart attack might not have been unexpected. Determined to find out the truth, Zoey digs into The Select’s history, not realizing the more she uncovers, the more endangered she becomes.