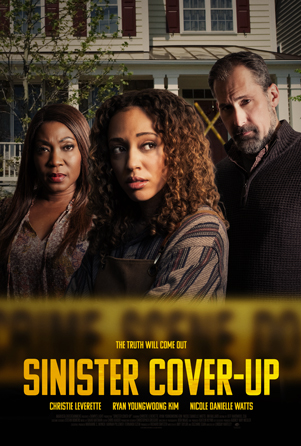 Brianna (Christie Leverette) was only eight years old when her mother, Jess (Nicole Danielle Watts), was sent to jail for allegedly murdering Brianna’s father after uncovering his affair. Sent to live with her aunt Abby (Megan Elyse Robinson) and uncle, Seth (Jim Ballard), Brianna did her best to put the past behind her and rebuld her life. Twenty years later, Brianna is approached by a journalist named Landon (Ryan Youngwoong Kim) who claims he has new evidence that suggests Jess might be innocent after all. Determined to uncover the truth and save her mom, Brianna teams up with Landon to find her father’s real killer not realizing the culprit could be someone close to her.