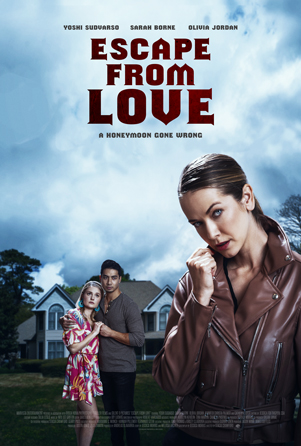 Newlyweds Lauren (Sarah Borne) and David (Yoshi Sudarso) are enjoying their honeymoon when Lauren suddenly disappears. Between footage of Lauren walking with another man and noticing David’s bank account has been drained, police believe Lauren left on her own. But David knows that Lauren would never leave him like that; she must have been abducted. With the help of a private investigator named Gina (Catherine Dyer), David focuses on finding his wife. Elsewhere, Lauren—who really has been kidnapped—is being forced by her captors to launder money. But, when one of the captors is revealed to be David’s ex-wife, Sadie (Olivia Jordan), it’s clear that the true goal of this scheme goes much deeper than money.