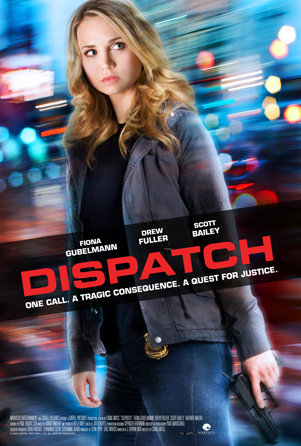 It has been two years after Officer Chris McCullers lost her father, a fellow officer, in a shootout, as well as the use of her leg. She now works as a 911-dispatch officer. Bitter and resentful that her career has ended up here, Chris receives a call from a scared kid and dismisses it as a prank, abruptly ending the call. The next day, she learns that the call from last night was all too real-there's been a murder and now Chris feels responsible. When she is suspended during the investigation, she becomes obsessed with the case-listening to the call over and over until she has a theory that the killer was not his parents, the police's only viable suspects. Needing redemption and wanting justice, Chris will take matters into her own hands to solve the murder, even if it means putting her life on the line.