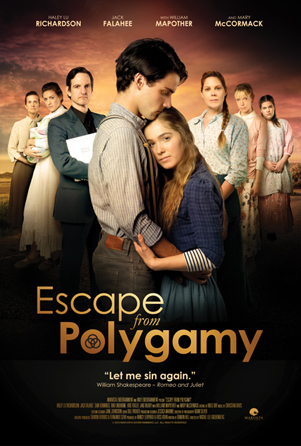 Julina has never fully understood her family's way of life. After all, she is part of an extreme Mormon sect that advocates polygamy. And since her dad died, Julina's mom Leann is being married off to another man. Leann seems to be taking it in stride, but Julina doesn't understand how they're expected to just move on and live with a man who already has several wives under his roof. After moving to a new town to live with Leann's new husband Merril, Julina meets Ryder - handsome, charming and different. He seems to be more like her, and while it's forbidden for them to be alone together, neither can deny the electricity between them. To make matters worse, Julina soon realizes that Ryder is the son of Ervil, the charismatic leader of their sect who now has his eye on her. Held captive by a jealous Ervil who denies their young love, Ryder and Julina must find a way out of their community before it's too late. But running away will forever make them outcasts. It's Romeo and Juliet set against a dusty polygamous community... and all signs are pointing to tragedy.