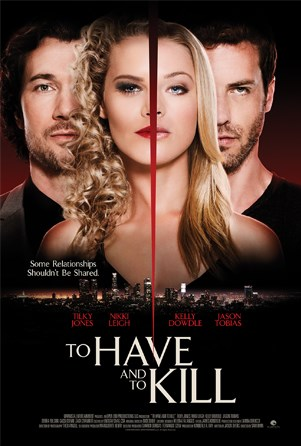 Becca and Ron's marriage is in a rut; it's been months since they've been intimate. When their friends Mindy and Max tell them they've been experimenting with an open marriage and it's done wonders, Becca and Ron are reluctant to the idea. But they can't deny their curiosity and the two couples switch partners for a night of wild pleasure.

The spark in Becca and Ron's marriage has been reignited, and the more they experiment, the more their passion is fueled. But as they spiral into a world where anything goes, heartbreak and betrayal soon follow. As Becca and Ron's marriage gets worse, a stranger secretly watches them, luring them away from each other. It's only when their marriage reaches its breaking point that the stalker makes their presence known and paints a twisted fantasy that can only end in bloodshed.