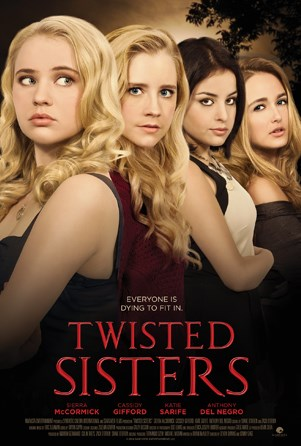 Following the death of her sister, college freshman Sarah joins her mother's former sorority-Psi Kappa Omega-in an attempt to cope. Presided over by Daisy, the chapter's dazzling president, Psi Kap's are the queens of the campus. Sarah becomes Daisy's favorite pledge and is taken under her wing, allowing her to see how the sorority is run more like a ruthless business than a sisterhood.

The girls maintain saintly appearances while promoting cutthroat seduction and destruction behind the scenes. Everything from the student body through administration is controlled with bribes and blackmail and Sarah can't help but watch in horror as her world starts to crumble around her. Is she strong enough to take down Daisy and the house she's built? Or will she come to understand the true meaning of the sorority motto: Psi Kap for life. Psi Kap `til death!