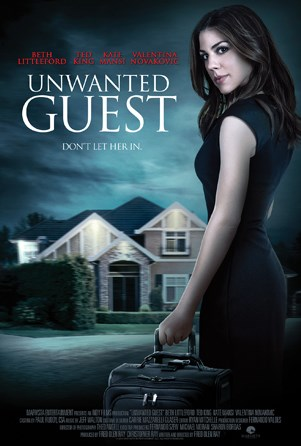 Although the semester has come to an end, Christine is anything but affable: On the last night of school one of her classmates is found dead on campus, and the police have no suspects in custody. Although her friend Amy was planning to remain on campus for the break, with such an emotional tragedy at hand Christine determines that she should spend the holiday at her home.

It's comfortable in suburbia, but Amy is clearly one to enjoy total control. She quickly asserts herself into the family's lives, and everyone appears infatuated with the young woman- especially Christine's father. However, as the police begin to trace the classmate's death back to Amy, Christine's house too is plagued with accidents, and before long the home comes fully under Amy's thumb. Will Christine cage the monster that's taken her family captive, or is Amy too deadly to be stopped?