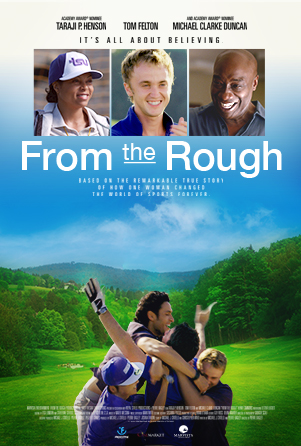 When Catana Starks (Academy-Award Nominee Taraji P. Henson) became the first African-American woman to coach an all-men's team at the collegiate level she expected it to be tough but she had no idea just how challenging it would be. With no scholarships to offer and only one US student willing to join the team, she reached out across the globe to assemble a ragtag group of golfers including a clean cut kid from Australia, a wanna-be rapper from Korea and a street kid from London. With sheer grit, determination and some unusual training tactics she guided this culture club of misfits to an all-time record championship season. Along the way she taught them no matter how rough the start, with the right aim and drive, anyone can triumph against overwhelming odds.