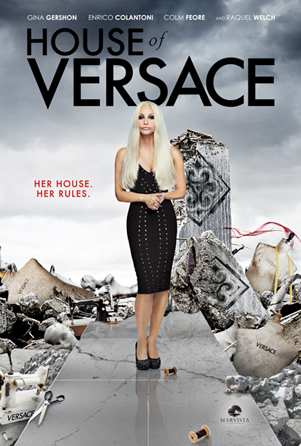 After years of working in the shadow of Gianni Versace, the internationally acclaimed fashion designer, his sister Donatella demands a bigger role in the Versace empire. Tragically, Donatella gets more than she bargained for when her brother is murdered and she is thrust into the spotlight and forced to take on the role of head designer for one of the world's premier fashion brands. Suddenly, Gianni's shadow looms larger than ever, and Donatella finds herself second-guessed at every turn. It's a perfect storm-the company's finances in a downward spiral, the pressure to live up to Gianni's genius, Donatella's grief over his death, and her relationship with her family getting rockier by the day-and Donatella seeks escape through hard partying and even harder days at work. When she at last hits rock bottom and seeks help, everything has slipped away. Now, Donatella must rebuild, repairing her relationships and restoring the Versace brand, and finally stepping out of her brother's shadow to become a celebrated designer in her own right.