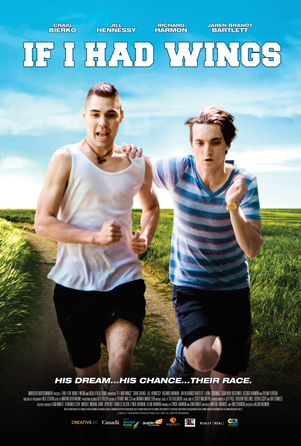 Alex Taylor dreams of running for his high school's cross-country track team-even though he has been blind since the age of two. Determined to run, Alex practices with his father, Probation Officer Geoff Taylor. Geoff, with age working against him, finds that he can no longer keep up with his son. He must find a running partner at the school fast enough to help Alex make the cross-country team. This help comes from the unlikeliest of sources-Brad Coleman, a schoolmate of Alex's, spends most of his time running from the law. But when Brad is caught in a robbery attempt and faces incarceration for repeat offenses, Geoff makes a deal to keep him out of jail and back in school. He pairs the two boys, and despite a rocky start because of their many differences, an unlikely friendship forms.