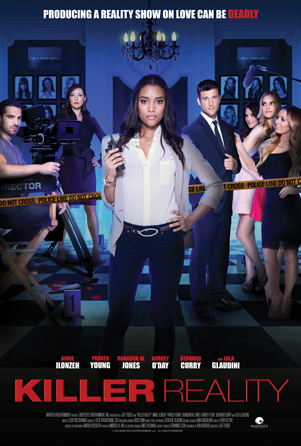 Successful reality TV show producer Hayley is heading down to Mexico for her latest gig: producing "Love Ever After," where a bachelor narrows down a list of women to find The One. Current producer Megan has disappeared, and they're desperate for a replacement. It's been all work and no play for Hayley lately, but this job is too good to pass up. She hops on a plane, and her first night in Mexico she meets charming and sexy Ross. It isn't until the next day that Hayley learns Ross is actually the bachelor from her show... and he's not afraid to show Hayley his affection. The behind-the-scenes drama escalates when one of the contestants goes missing, like the previous producer. As executive producer Barbara Gordon tries to convince everyone that the girl just went home, the masked killer continues his work. Hayley pieces together clues and comes to the shocking realization that Ross might be behind it all. In a violent showdown with the killer, Hayley learns that the seedy side of reality television can have nasty repercussions. But is it Ross holding the knife to her throat, or are there others on set with a score to settle?