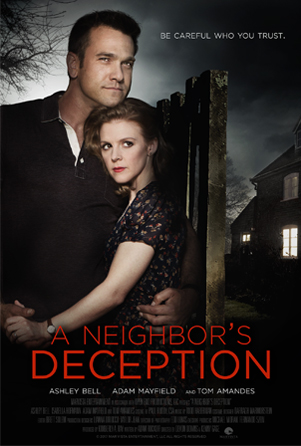 Chloe and Michael Anderson have just moved from the bustling city to suburbia. While Michael puts in long hours at the office, Chloe must cope with her newfound isolation. Soon enough, she begins to find some solace in their next-door neighbors, Gerald and Nancy Dixon. When Chloe discovers that Gerald is a retired psychologist, she takes him up on his offer for impromptu therapy sessions, revealing that she’s had a mental health concerns before, having spent a brief stint in a mental hospital after she and Michael lost their baby. But the more time she spends with Gerald, the more uncomfortable Chloe becomes in his presence. It isn’t long before Chloe discovers a web of secrets regarding Gerald’s practice, and the bizarre truth that lies behind Gerald and Nancy’s relationship. Now, Chloe finds herself caught in the middle of a dangerous cover-up, and the closer she comes to uncovering the truth, the closer she steps towards an early grave.