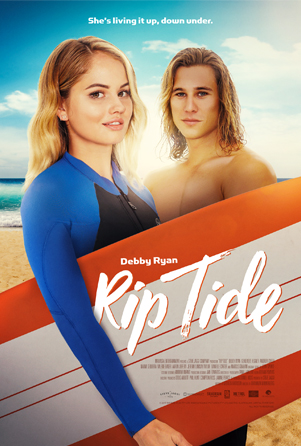 After a humiliating modeling incident, Cora books a one-way ticket out of New York, final destination: Australia. Expecting a five-star holiday with her Aunt Margot, Cora realizes all too late that her idyllic beachside retreat has no internet access and is miles from the nearest city. With the thought of the vicious world awaiting her back home, Cora feels trapped, but as time goes by, friendships bloom and romance sparks between Cora and handsome Tom. When the community realizes Cora’s hidden talent as a fashion designer, they rope her into creating the outfits for the big Surf Festival. When Cora’s mom calls to let her know that she’s secured a fantastic modeling contract, Cora must decide between a career she’s been working so hard for to impress her mother, and the community that’s welcomed her with open arms and an opportunity to do what she loves.