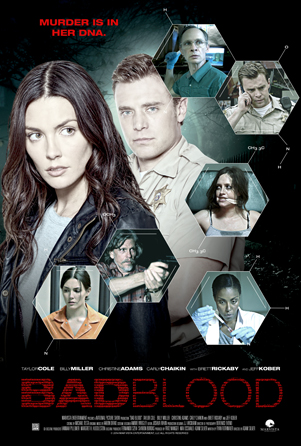 Lauren Malone is happy with the life she's built: her own place, a steady job customizing motorcycles, and a good man in Sheriff Church. While her past might have been a bit rocky, she has more than made up for it. But everything in Lauren's life changes when the police come knocking on her door. and arrest her for murder. Lauren has no alibi, and her blood is all over the crime scene. What Lauren doesn't know is that a serial killer named Oscar has developed an obsession with her. and that he has an exact match for her DNA. Oscar helps her escape from custody, but Lauren slips through his fingers when she realizes who he is. Lauren finds herself caught between a psychopath determined to take her prisoner and a manhunt led by Sheriff Church. With nowhere else to turn, Lauren seeks help from her estranged ex-con father Ray, and the two team up to find a way to clear Lauren's name. before Oscar has the chance to kill again.