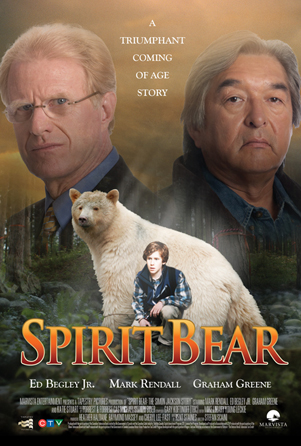 Based on a true story, "Spirit Bear" follows 15-year-old Simon Jackson, an outcast who spends time alone in the British Columbia wilderness. During one of his adventures, Simon is attacked by an animal and, out of nowhere, a Kermode bear appears and rescues him. When he learns that the bears are endangered, he vows to fight for their survival, ultimately securing the protection of 2,500 square miles of Princess Royal Island.