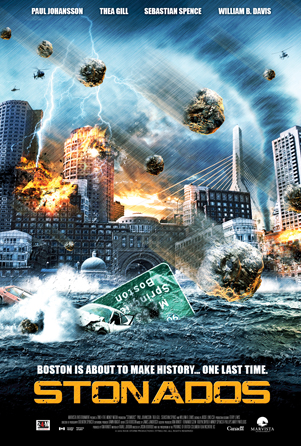 When a strange tornado appears in the waters south of Boston, former storm chaser Joe Randall realizes he's dealing with a never-before-seen weather phenomenon known as Stonados. Government bureaucrats ignore his worries, leaving the citizens of Boston trapped in a storm system that is turning deadlier by the minute. The only chance to stop the storm is an untested and extremely risky theory about weather manipulation. Joe will either save the world or risk accelerating its destruction.