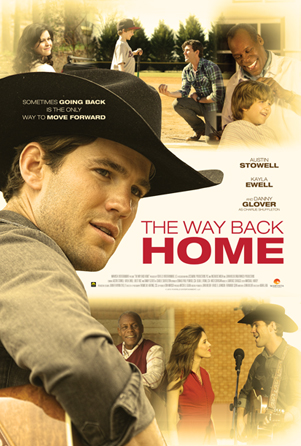 Peering in the window of Charlie Shuffleton's barbershop, famous country singer Trey Cole is finally returning home after abandoning the town many years ago and never looking back, even when his brother died serving in the military, leaving sister-in-law Norma to care for her son by herself. Now, realizing he's lost himself along the way, Trey remembers his first haircut in the brown leather chair as a young boy at age ten, and hopes to find guidance from the man who was a father to him when his own dad, General Wes Cameron, was coldly absent during his childhood. However, as Trey enters the shop and sees Charlie's old friends playing a trio of instruments in the back room, he is surprised when Charlie isn't there and saddened to hear of his death just a few months prior. With childhood memories flooding his mind about Charlie's loving influence on him as a young boy, Trey knows he must face his own father and the family he hardly knows to honor Charlie's memory and make things right.