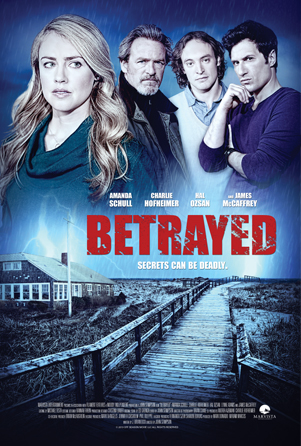 Julie, six months pregnant, and her boyfriend Trent arrive at a tiny Cape Cod cabin for some time to relax. The town is quiet and deserted during the off season. except for Sully, the creepy guy who's keeping an eye on the couple from a distance. And then there's Jonathan, Julie's husband, who she thinks she sees across town. With the divorce still being finalized, he can't find out that she's on a romantic retreat with another man. What follows is a complicated twist of events as Trent gets kidnapped, Julie receives threatening messages demanding ransom, and Jonathan is asked to save the life of his wife's lover. But things are not quite as they seem, and hundreds of thousands of dollars and several bodies later, the whole setup comes crashing down as Julie faces betrayal on every front, fighting for her life-and that of her unborn child.