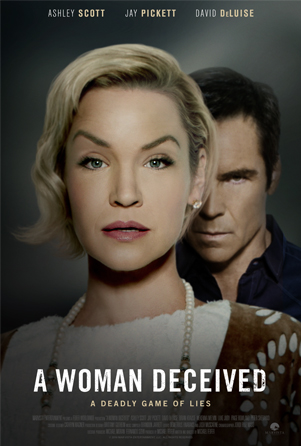 It’s been one year since Elizabeth’s husband, Bill, died in a tragic horseback riding accident and she is starting to move on. When she runs into Travis Brown, the handsome and charming cowboy she met the same weekend Bill died, the two immediately hit it off. A great father figure for her son, Travis is just what Elizabeth needed to come into her life and they soon get married. But when new evidence surfaces implying that Bill’s death wasn’t an accident, Elizabeth is in shock. With all leads pointing to Travis as the murderer, Elizabeth must find a way to protect herself and her son from the man she married.