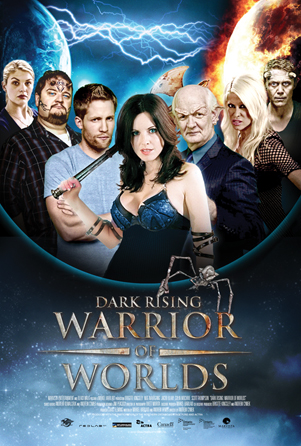 There are two Earths: our Earth, a place where magic and Demons are things of legend, and Dark Earth, a dimension created at the height of the Roman Empire by the sorcerer Aramas using the Tether, a powerful device of his creation. His intention was to exile magic and usher in a new Age of Man. His plan almost succeeded. The Tether - the key to keeping the dimensions separate - has remained hidden on this Earth for two millennia. Now it has been found in a small town by Nacelle, a Demon Under lord. Sckraab, his lord and father, plans to use the Tether to open a permanent portal between the Earths and conquer both worlds. Before the Demons get to the Tether, a young miner, Nathan Mallstrom, stumbles upon the artifact during one of his shifts, and its power transfers to him. Nathan, caught in the imminent battle for Earth's future, is guided by Summer Vale, a super soldier with Demon DNA who is also dealing with her own clouded past. The two, along with Nathan's sister Gwen and Summer's sidekick Bulo, try to unlock the mystery of the Tether and fight to protect the world from a Demonic army.