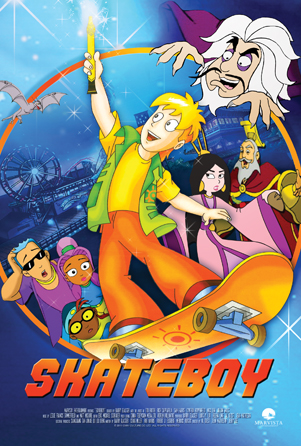 SKATEBOY AND THE VOYAGE TO MONSTER ISLAND (70 min)

Justin, a carefree skateboarder from California, discovers a 3,000-year-old flute that pulls him into a world of sorcerers and mythical creatures. As payback for freeing the princess twice before, the evil sorcerer traps Justin in a videogame-forcing him to use his newly discovered talents to escape, rescue the princess and banish the sorcerer once again.