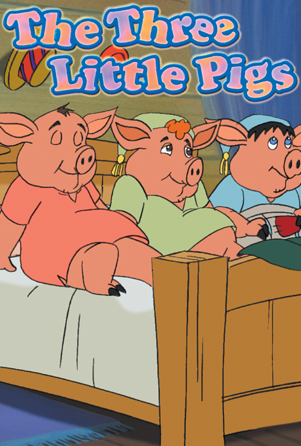 Three pigs, George, Marko and Joe, are tricked out of their money by a con artist wolf and his mate, Frank Weasel. Kicked out of their rented home, the pigs have to build a new one. Marko decides to use straw, but the wolf blows it down. Joe settles on sticks, but the wolf blows that down too. George, the smartest pig, uses stones. The big bad wolf can't blow down the stone house. When he and Frank climb down the chimney, the pigs capture them and hand them over to the authorities.